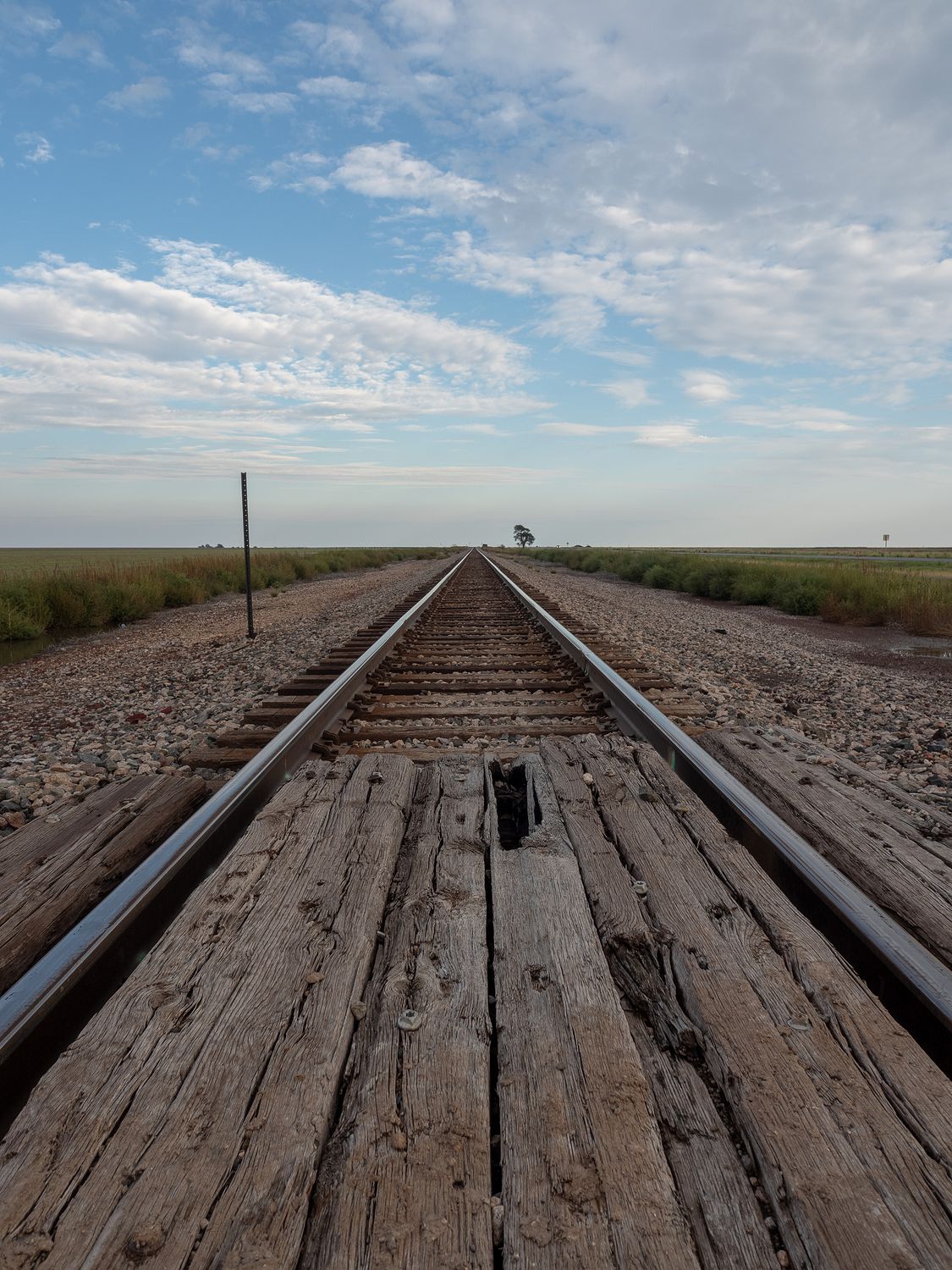 It’s only been five days, but it is trip time again! I hope you are ready. This trip is more blog-appropriate, since our namesake, Her Majesty Ripley von Phillips, is along for the ride. We’ve brought my parents and their dachshund Sabre, as well, and we’re all taking the Suburban. This is certainly not as big a trip as our last one together, which was Atlantic Canada last summer, but it is still nice to be on the road again.

The idea for this trip was originally to go out and see fall color, or go “leaf peeping,” but it really evolved into a Utah trip with some Colorado thrown in for Fall colors. It turns out that it is really hard to predict where the leaves will be changing when, and short of just driving north and looking for colorful leaves, such a trip would’ve been difficult to plan around Mark’s work travel schedule. He leaves for New York the day after we get back from this trip. The fun never stops in the Phillips household.

Mark has been working all week so to make up the hours for this afternoon, so that he could leave work at noon and we could get on the road for our trip. He left right around noon, and I had already mostly packed up my parents’ Suburban so it was all ready to go. We went and picked it and most of their luggage up last night, so we could leave as soon as we got to Gainesville today.

Unfortunately, I was still waiting on a little laundry to dry, so we didn’t get to leave until 12:30. While we waited, we decided to go ahead and eat lunch, so we didn’t have to stop for it. I made us cheese sandwiches while Mark packed up his laptop bag and camera bags to put in the vehicle. Once the laundry finished and we were able to pack up those last clothes, we hopped into the car and headed off. We met my parents just after 1pm, and we loaded up and everyone hit the road.

On this trip, we are reading a new book published this summer by Richard Preston, written as a follow-up to another book of his we all read on one of our previous trips together: The Hot Zone. The Hot Zone is about the Ebola outbreak that happened in the 90s in a monkey facility in Reston Virginia in the 1980s. The follow up, which is called Crisis in the Red Zone, is about the 2014 Ebola outbreak in West Africa. I sometimes think we are a little morbid in our choice of books, but nothing brings a family in a car all together like death and mayhem?

Anyway, the drive from Gainesville and my parents’ house to Amarillo is a drive that we make all of the time. We’ve done it so many times in so many different vehicles I feel like we could make it with our eyes closed. Today, unlike some of our other short days, we didn’t stop in Amarillo. We drove on to Dalhart, which puts us that much closer to Colorado for our early start tomorrow.

We stopped a little before 5 in Childress for dinner. There’s not much between Childress and Amarillo, and we wanted to be sure our dinner was the best possible choice given our options, so early was better than nasty. In fact, on this trip, not only are Mark and I eating vegetarian, but Dad will be joining us. His doctor has suggested that he stop consuming meat for a while for his health, so we will be a family of vegetarians and one carnivore.

With that in mind, we stopped at the Subway in Childress, which is in a gas station. We all went in to get sandwiches, but the sandwich line was taking forever, and while we were waiting in line, Mark and I noticed the gas station also had a Little Caesar’s Pizza. They had ready-to-take pizzas in a little heating tray in their boxes, and one of them was even cheese. Given how much we despise eating Subway (after having it one too many times on the road, we only eat it when in dire need of dinner), we decided the pizza would be okay instead. We finished eating before my parents even got their sandwiches.

It was over 90 degrees back home yesterday, but we had a little cold front last night, so it was only supposed to get up to 85 today, which seems about right, given the temperature when we left. I say that to tell you that as we headed north, it got colder, especially since it has been raining some up in the Amarillo area. We pulled off on a little country road when Sabre needed to stop and potty and it was actually almost chilly.

It had clearly rained as well, as some of the road was covered by water. The rain had left behind some nice clouds, and it was nearing sunset, so we could see some orangey rays of light through the rain clouds, and rain in the distance. It was fun. Sabre took care of whatever business was troubling her, and we moved on. We still had a ways to go before we got to Amarillo.

When we did finally make it to Amarillo, Mark and I made sure that we stopped by our favorite place in Amarillo: Texas Tea. Texas Tea is a drink shop that sells a ton of different flavors of tea in both sweetened and unsweetened varieties. They also sell what they call “premium water and ice.” I’m not sure what that part means, exactly, but the tea portion is the best thing ever.

The shop has a whole bank of tea flavors, from unsweetened watermelon tea to a seasonal sweetened Texas Chai. The tea bank has sample cups out, and you are encouraged to try as many flavors of tea as you like before you choose what you would like to purchase. I had an unsweetened mint, Mark had an unsweetened cocounut, and Dad got some of the Texas Chai. I was tempted by that one, because it was wonderful, but I really don’t like sweet tea. Unfortunately, since that one was seasonal, they didn’t have it available in unsweet. I think we are going to stop by Texas Tea again on our way home. My mint tea was wonderful, but there are so many different flavors to try, I definitely can’t get it again.

After Amarillo, we turned onto smaller roads to wind our way to Dalhart. We had to pull over again for another potty break for Sabre. She’s been pretty demanding so far on this trip. I hope she tones it down. We pulled off next to a tower and took some photos while Sabre took care of whatever was troubling her. I think the problem the second time actually turned out to be the fact that she was thirsty. She needs to differentiate her demand barks so we can tell what she wants, exactly.

It was cloudier now, and I could see rain on my weather app. We weren’t too worried, since the storms were so small, but we should’ve been. It was pretty dark out there, since the road between Dalhart and Amarillo is basically the middle of nowhere. Not long after the sun went down, it started pouring rain, which was especially troublesome, given the lack of light along the roadway.

We puttered along in the downpour, trying not to get run over or run into idiots who pulled off the road without turning on their hazard lights. It was pretty ugly. In addition, we were very full of tea, and many of us needed a bathroom break, but there was just nowhere to stop. Still, the tea was totally worth it. We finally drove out of the rain after a while and instead were treated to a flickering lightning storm in our rearview mirror. It was very cool. The lightning was flashing multiple times on multiple sides of the car pretty rapidly. I forget sometimes how cool the weather can be when you can see for miles and miles in the flat, treeless countryside around here.

We finally rolled into our hotel around 8:30, though we would’ve been there at least a half hour earlier, if not for the storm. It’s a bit of a late night tonight, but it should be one of the longer days of the trip. Dalhart is actually a little bigger than I remembered, though there isn’t a lot here. I know there’s probably nowhere to run, but it doesn’t matter, since we are going to get an early start tomorrow and skip it.

Tomorrow should be our first day sight-seeing. We are really hoping to see some fall color in the trees as we head up into Colorado. I’m really excited to see it, since we never have anything like it at home. I think some year I’d like to go up to the northeast for a week to enjoy fall there, but Colorado will definitely do the trick for this year. I’m hoping we are here at the right time!