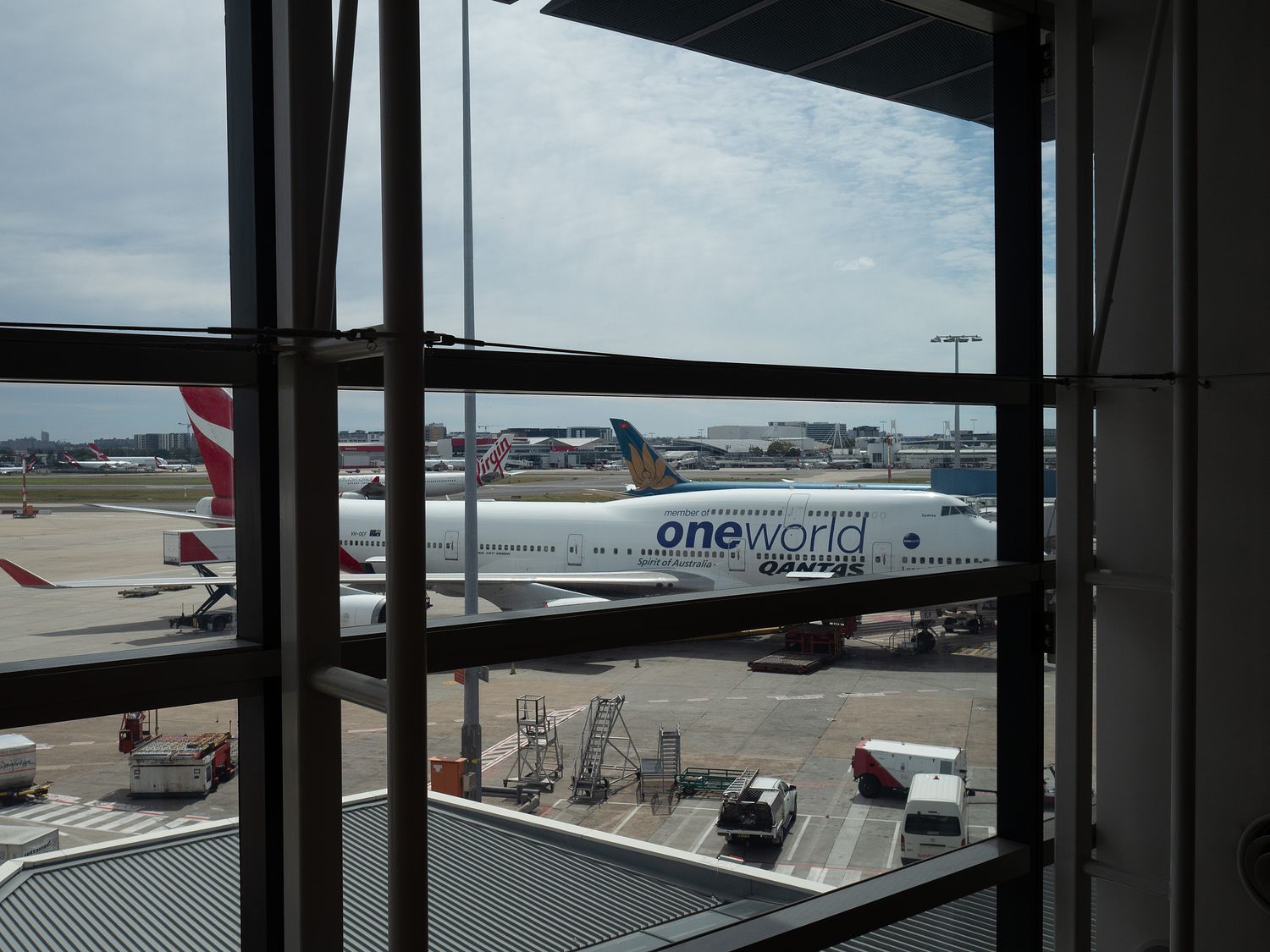 Well, we are finally home. The trip total for this thing is hilarious: 22,690 miles by plane, car, and boat. Denton has never looked so great as it does tonight. I was even grateful to see the post-Thanksgiving traffic.

We were up at the crack of dawn on Sunday morning in Auckland, and we ended up walking to the airport, which wasn’t an issue, as the weather stayed relatively nice. It was a little damp and cool, but not a real problem. Security was a breeze, and we were in the nearly empty airport with plenty of time to wait for our flight.

For breakfast, we stopped at Best Ugly Bagels, which I guess somehow makes last night’s dinner at Best Ugly Dumplings okay. I guess this means it is fine to call your dumplings ugly if you can do it to bagels too. Why are they so obsessed with whether or not their food is attractive here? It’s certainly a hilarious name for a restaurant chain.

Anyway, Mark and I split a honey bagel and a tomato basil bagel. He had a coffee, but I just got some water. While we waited, we also hunted down some juice for our breakfast. The best we found turned out to be carbonated, and it honestly tasted a little strange. Why would carbonated apple juice be a thing? Someone should tell them that fizzy juice is unnatural.

On our flight from Auckland to Sydney, we ended up in an exit row, and we had all of the leg room we could wish for. When we checked in, they weren’t able to mess with our seat assignments on the flight back home to DFW, which left us a little apprehensive (with good reason, as you will see later).

It took about 3.5 hours for us to get from Auckland to Sydney, where somehow it was still super early in the morning, despite the fact that Mark and I were starting to feel like it was lunch time, since we had been up and traveling for hours. Airports really don’t have timezones, it feels like.

Since it was so early in Sydney, we were forced to have breakfast again for our lunch. The international terminal there has surprisingly terrible food options, made even worse by the fact that most of the restaurants were only serving eggs. In the end we had to eat at a restaurant named after some famous chef, where we had an expensive (and mediocre) meal of poached eggs and what basically amounted to avocado toast.

There is nothing good about the Sydney Airport. It is a hellhole where travelers go to suffer. Eugh.

Our layover in Sydney was way too long for my liking, but I did get some blogging done, and almost finished a book. We tried some new ginger beers before we left, but both were fermented and not that great. Australia usually does ginger beer very well, so I was a little surprised that both were lame. I guess that’s how it goes sometimes.

When we finally boarded, we were never given a chance to switch seats, as the flight desk was never manned, so Mark and I were forced to sit in separate middle seats on a completely full flight. On top of that, my seat was on the top deck, and Mark’s was on the bottom. We had no leg room, no leverage to change seats, and no easy way to get to each other. More Sydney airport joy.

14.5 hours later we arrived in DFW, picked up our baggage, cleared customs, and met my parents outside the international terminal, where they drove us home. We left Sydney at 4pm on Sunday, and landed in DFW at 1pm on the same Sunday. Can you imagine? I’m just glad to be home. It will probably be at least a year or two before I’d be willing to make a flight that long again, despite all of the fun I had in New Zealand.

On to more U.S.-based adventures this fall and spring!