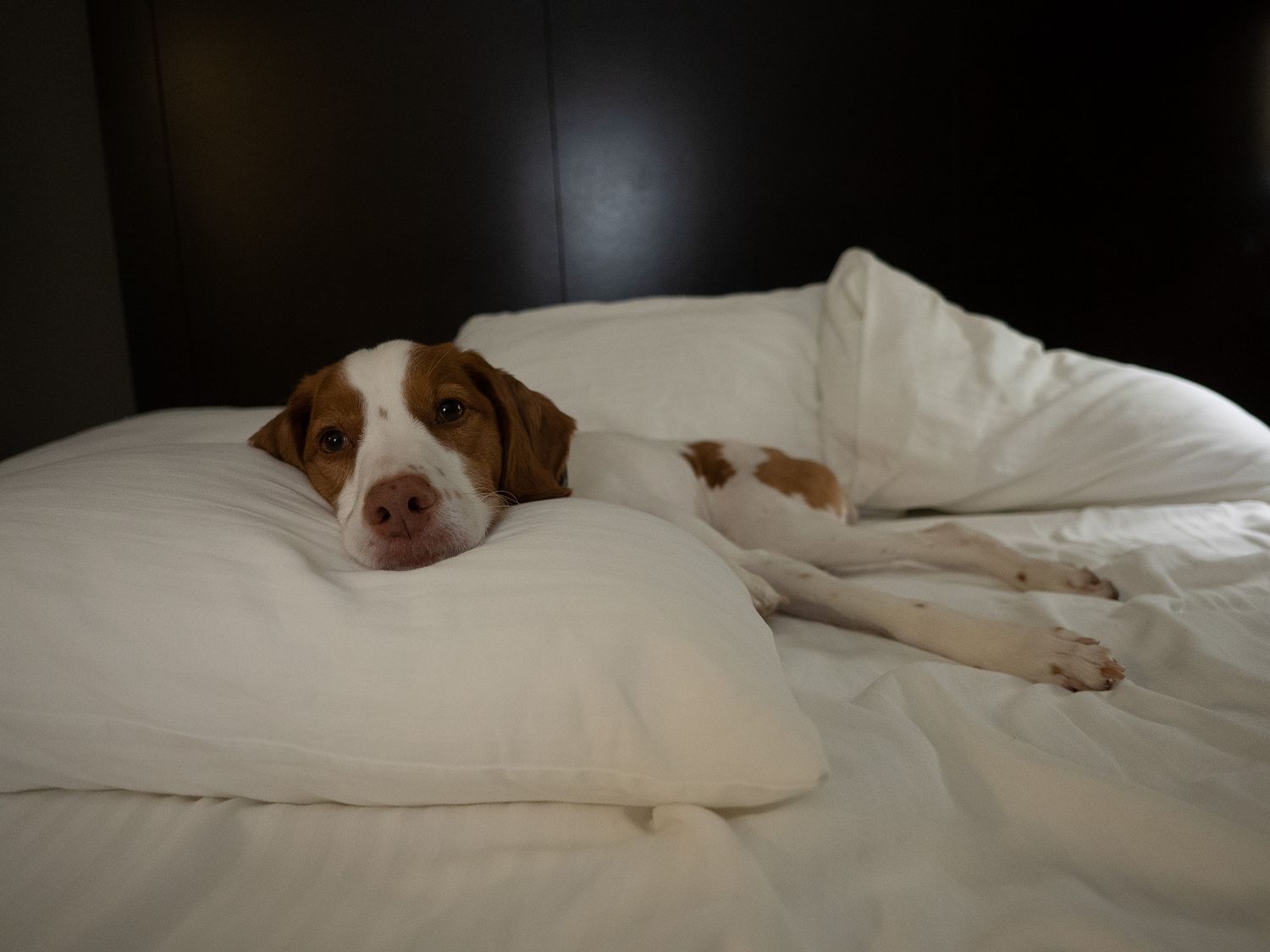 Well, I bet you can tell from the featured image that today did not turn out to be a very interesting day. It was always going to be a driving day, but we had hoped to see a little more on our way. Unfortunately, it was foggy until well after noon, and the fog had rolled back in by 4pm. In addition, it was raining for a huge portion of the day, and it was cold until about 2pm, when the temperature suddenly spiked up to 75 as we continued to drift south and east.

We got up this morning for our run, which was thankfully dry, but a little cold. It was windy and overcast, and our trail was pretty empty, which was nice. It doesn’t have any trees at all, so I wouldn’t want to visit in summer, but it was nice today in the gray and damp winter weather. The thing was paved, which was great, and the sides were peppered with crayfish holes. I’m glad Ripley didn’t manage to meet any of the occupants.

We left our hotel a little later than we wanted and headed down the big interstate, which is one of Mark’s least favorite things to do. He generally likes to take smaller roads, but since we had no parks to try to visit today, and we wanted to make it from Texas to Florida, we had quite a bit of driving to do. That meant interstates.

Interstate 10 does lead to Baton Rouge, which has a Whole Foods just of the road, so that’s where we stopped for lunch. The baton Rouge Whole Foods has a consistently delicious hot food bar, and today was no exception. In case you’re wondering what’s in that plate, we’ve got: green beans, brussels sprouts, mashed potatoes, cauliflower gratin, black-eyed peas, and tomatoes. Those green beans were heaven.

We really and truly didn’t do a lot today other than read our book and drive through the miserable weather. After we had lunch, we got a little sleepy on our drive, so we switched from reading to listening to a funny podcast for about half an hour, which woke us up enough to soldier on. After that we switched back to our book. We’re already almost halfway through it, despite its size.

For dinner, we stopped in Pensacola at a chain called The Simple Greek. It was pretty good, but the food was messy and a little hard to eat in the car. Mark had some Greek fries that were pretty tasty. Supposedly there are two of those things in Texas, but it doesn’t sound like they are anywhere near where we live.

From Pensacola, we turned south and headed down to the coast to drive across to our final destination for the night. We had to cross a toll bridge that cost $3.75, which seems pretty high for what it was, and I will now be turning on the option to skip toll roads in Google maps. I really hate them, just on principle.

It was about 6:30pm when we made it Fort Walton Beach and our La Quinta, which is fine, but not the greatest. Their dog area is terrible, and they put up signs to keep dogs off of the even decently nice grass. What’s the point of allowing dogs in your hotel if you are going to be like that? I don’t even know. Their parking isn’t great either. Fort Walton Beach isn’t on my list of places to revisit. It doesn’t even have a running trail. I bet we don’t come back.

Tomorrow will hopefully be a new and better day. We will get up and go for a run somewhere in this town, then move on out of here. We have a park or two planned for tomorrow, but of course the government is still shut down, so the parks are still closed. We will see what we can see, and if we can’t see anything, we will find something else to do. It should be a bit nicer than today, since the weather looks better and we don’t have to drive as far. It will probably be shorts weather, at least!