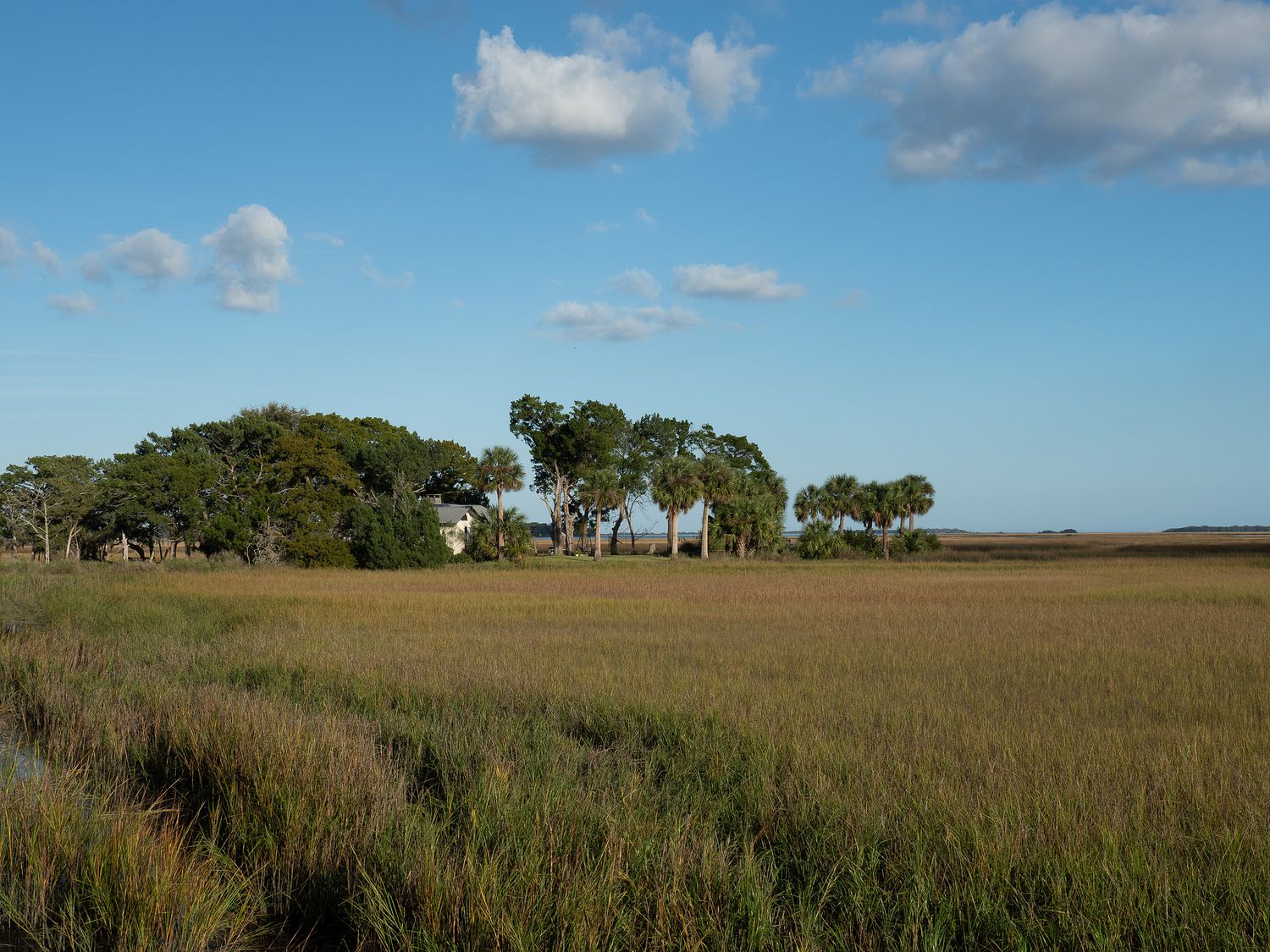 If we had driven straight from our hotel this morning to our hotel for tonight, it would take 50 minutes. Luckily, we filled quite a bit more time than that with our coastal explorations today, despite the fact that it was a holiday and all of the national parks are still closed. I hear some of the bigger parks are fairing quite poorly during the shutdown. There are talks online of massive issues in places like Joshua Tree, with people taking advantage of the free access to do what they want in the park. The thought is incredibly depressing.

In any event, we started our morning a little later today, not really getting out of our bed until 7am, despite our 6:30 alarm. It wasn’t a big deal, since today was certainly going to be a shorter day with all of the parks closed. We’d intended to do 3 total today, but we didn’t get one last night, so we added it to today’s list as well. It was going to be closed no matter when we tried to visit.

Our run this morning was along the road. It is interesting, but the city of Jacksonville claims to have some of the best running in the country, coming in at number 10 in the city rankings for running trails, or so they say. It is clearly a terrible lie. We could hardly find anywhere at all to run that wasn’t on the street, and some of the “best” trails mentioned online were city streets that didn’t have sidewalks. Who voted on this, exactly? People who had never been to Jacksonville?

In any event, we managed to get our run in, even though it was just through suburban Jacksonville. It was after 9am when we finished with our shower and packed up our car, so our hotel’s breakfast was already over. Since Whole Foods was practically in our same parking lot, we drove over there, expecting them to have something breakfast-y. Many of them have a hot breakfast bar, or serve breakfast tacos and burritos. Not this one. They only had out cold salad items. Lame. We had to drive to Dunkin’ Donuts for breakfast. All that does is make me miss Tim Horton’s.

After we’d been fed, we headed south toward St. Augustine, with our first stop at Fort Matanzas National Monument. It was very well blocked off, with not only a locked gate, but cones across the driveway. A man in a truck was parking in front of it and seemed to be testing the gate, clearly trying to drive in. We were a little disturbed, and sort of hovered around the closed gate until he left. Hopefully we discouraged him and he really did leave.

We considered walking back to it, which the man with the truck should’ve done instead, but he didn’t look like the walking type, if you catch my drift. In any case, there wouldn’t have been much to see. You have to take a little ferry over to the island where the fort ruin is located, and it isn’t clear how much we would’ve been able to see from the opposite shore. We will have to come back to all of these anyway, thanks to the government shutdown, so I guess it doesn’t really matter. We should come back again in the winter. It was 85 degrees and sunny today. I love when its this warm.

Fort Matanzas also has its own beach, which we briefly visited as well. It was very popular today, with people out running and sunbathing on their day off. We didn’t see anyone swimming, so I don’t know if the water is colder or rougher than is pleasant this time of year or what. I don’t intend to find out after the scary riptide warnings in Fort Walton Beach.

When we finished taking photos and gathering sand for Mark’s collection, we turned north and took the beach road back up to St. Augustine, where we stopped in what was practically downtown to visit Castillo de San Marcos National Monument. St. Augustine was incredibly popular today. It was difficult to park, there were people everywhere, and the beaches were packed. I wonder how many of the people out were tourists, and how many people were locals out enjoying their day off. I’m sure it is wilder than that in summer, but it was pretty crazy today.

We ended up paying $15 to park in a parking garage near downtown to get out to see the fort. St. Augustine claims to be the oldest continuously inhabited European settlement in the United States, with an establishment date of 1565, and the Castillo de San Marcos, which was first established in 1672, is supposed to be the oldest masonry fort in the country. It’s certainly in good shape for such a storied history. Apparently the fort has been under the rule of Spain (who built it), Great Britain, the U.S., and of course the Confederate States of America during the Civil War.

For now, nobody seems to be inhabiting it, since the park is closed. We couldn’t get inside or get our stamp, but we were able to walk around outside and get some nice pictures. Ripley wouldn’t have been able to get inside anyway, so I guess it’s no great loss here. At least we were able to see it, unlike a couple of the others today.

We walked around St. Augustine some as well, getting back and forth to our truck. It is a cute place. It’s very much a tourist trap, but it is done in what I would call a mostly tasteful way, and many of the buildings are either historic or designed to look historic, which gives it a unique feel. I’d say we should come again in the winter, when it was a little cooler, but…

Ripley got a lot of comments today about how pretty she is. She must’ve done her hair just right or something this morning. It started back in the hotel while Mark got his coffee, and we got multiple comments after that all through the day. Maybe she just looked striking in her sparkly pink and purple striped bandana. I can count 5 different people who commented on her attractiveness just today. I hope she doesn’t let it go to her head.

After Castillo de San Marcos, we grabbed lunch on our wayback up toward Jacksonville. We stopped at one of those build-your-own pizza places and each made a little pizza. I think Mark likes to take these opportunities to put things on his pizza I normally wouldn’t, like pickled jalapeños and mushrooms. It must’ve been good, because he ate the whole thing. Ripley, of course, had kibble.

After lunch, we drove up past Jacksonville again and over to the park we skipped yesterday: Timucuan Ecological and Historic Preserve. This park is technically part of the same park as Fort Caroline, and it also includes another portion called Kingsley Plantation. We had hoped we’d be able to see or photograph some of the plantation, but there was no easy way to get back to it with everything closed, so we had to skip it. In fact, we couldn’t even manage any photos of the ecological preserve, since the only roads went back into state parks in the area. It was a little annoying.

We had one final park  to visit today up in Georgia, but it was another that required a ferry journey, so we weren’t too hopeful about seeing anything. Still, we wanted to make the effort, and it was basically only 15 minutes from our hotel for the night, so we decided to go for it. We’re also nearing the end of our book, and it is very suspenseful, so we are a little hesitant to stop driving around. Now that we are in the hotel, we can’t finish the book until tomorrow.

Our final stop for the day was at Cumberland Island National Seashore. Since it is an island, you need a ferry ride to visit, and the visitor center for the park is nowhere near the island, so you can’t even really see it from shore. The island is famous for feral horses, which I absolutely love, but it seems like we never actually get to see any feral horses on islands like these, no matter where we are. Somehow they are always too hard to get to, the horses are hiding, or the island doesn’t allow dogs. We missed an island of feral horses on our Atlantic Canada trip this year, too.

Honestly, the worst part is that Ripley is actually allowed on the island, you just can’t take dogs on the park ferry, so we would’ve had no way to get her there, even if the park had been open. Dogs are allowed to visit from private boats. I guess maybe someday we could rent a boat?

St. Marys, which is the town where the visitor center is located, is pretty cute. We did a little walking around, since we had no way of doing anything in the park, and we got some cool photos of a saltgrass marsh near the dock where the ferry would normally board. It’s hard to see the water channels in the photo above, but believe me when I say that they are pretty cool.

Our hotel for the night is in Kingsland, and we were there not long after our visit to St Marys and attempted visit to Cumberland Island National Seashore. It was actually just before 5pm when we arrived, which gave us a nice long evening to relax. We had dinner from our cooler at about 7pm, and I think we might be asleep by 9:30. Even with the parks closed, it has been a long and tiring couple of days.

Tomorrow we will get up for a run and then drive further north along the coast. It’s another day with lots of planned stops, and our hotel for the night is only a short distance away if we were to drive directly there. There’s no chance of the government being open tomorrow, I don’t think, but we’ve got our fingers crossed for Thursday. Maybe we can salvage a few park visits towards the end of the trip.