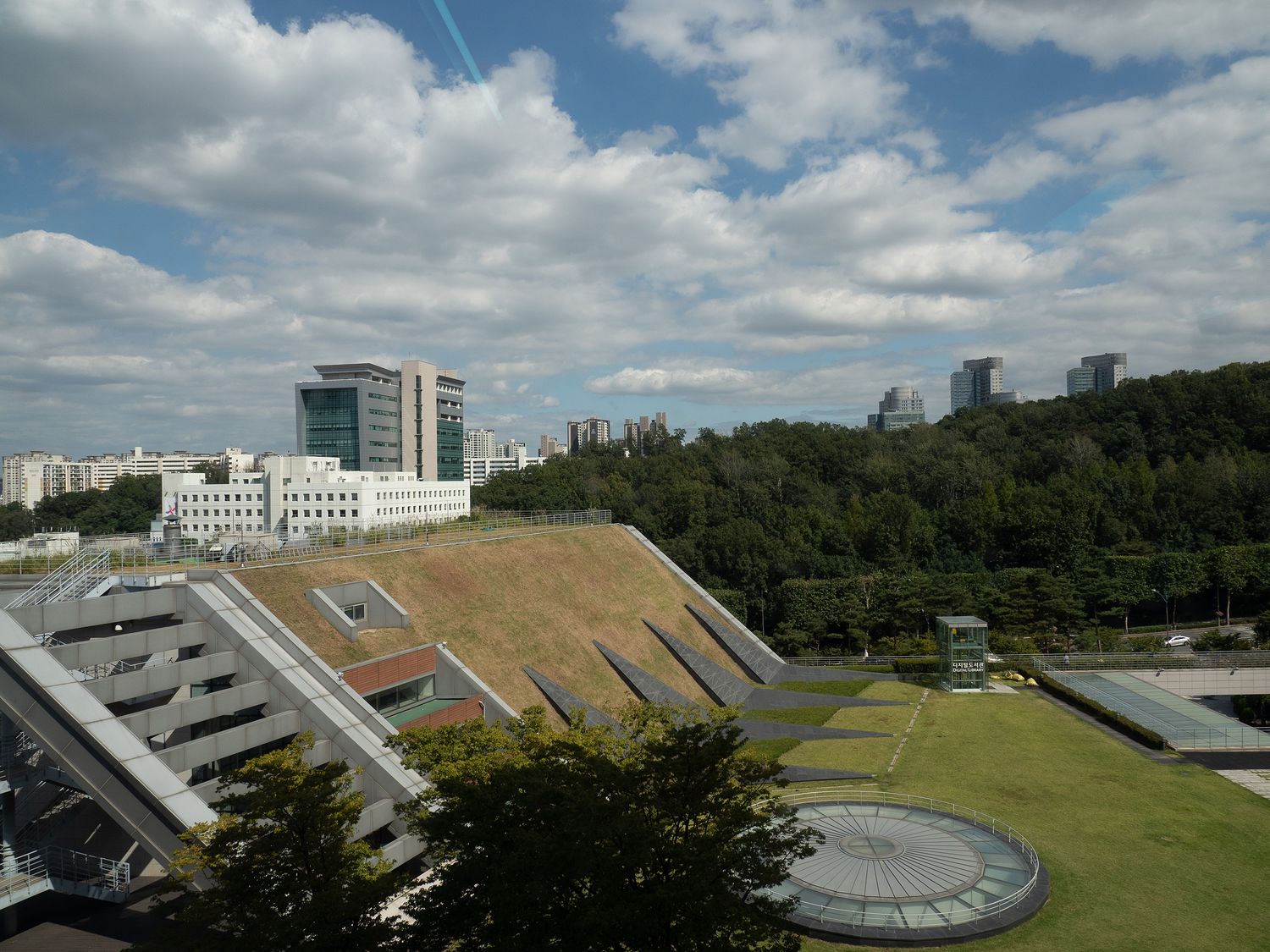 Well, today was a bit of a slow day, so expect it to be a little heavy on photos and a little lighter on text. Mark had his conference today, so he was busy pretty much all day, and I had things to do and didn’t really want to venture out on my own, so I stayed in the hotel. It’s a little boring, I know, but I got a bunch of stuff done, and nothing is really all that fun to do without Mark with me, anyway.

We got up at 6am today in our new Sheraton hotel and went down to the lobby, then across the lobby to the new building they’ve just added on and walked up like four flights of stairs to finally get to the gym. We considered running outside, but there are just too many people and traffic lights, even this early in the morning. It isn’t really worth it. The treadmills here are at the Sheraton are a little nicer than the ones from the Ramada, but still not perfect. Nothing beats my beautiful Landice at home, so I might be a treadmill snob.

When we finished, we walked back down to the lobby. On the way, I noticed that the spas here are separated into a Men’s section and a Women’s section, with the Men’s spa open 24 hours, and the women’s only open until something like 10pm. Maybe people are nude in the spa? I’m not sure, and I am not particularly interested in finding out. Still, it isn’t nice to close the women’s spa and not close the men’s. I’m not too sure ladies count here, or at least in the Sheraton. Every time we walk through the lobby, the guys (and it is only guys) working at the desk and the concierge area greet Mark with a “Good morning, sir” or whatever the appropriate greeting for the time of day is. Apparently I am a ghost. sPoOkY.

Anyway, after our run we came up to our room to shower and have breakfast. Luckily we picked up some things to have last night, so we didn’t need to venture out to find breakfast. It’s cheaper this way, too. The food isn’t terribly expensive most places, but it is more than food at the grocery store. We picked up some breakfast nut bars here that are very nice. They are basically nuts and a few raisins and cranberries glued together with just the tiniest amount of syrup. They are delightfully unsweet. It’s kind of nice, considering the trouble we’ve been having with sweet things here.

Mark went off to his meeting pretty early. He was actually here in South Korea, in the exact same hotel, in 2009, for the exact same meeting. It’s a little funny to go back and look at the photos he took in 2009, and compare what we see now to the old shots. Lots of the same things are still here, but new things have been added. For instance, the tower where we went to run is a new addition to the hotel.

Mark’s meetings are at the National Library of Korea, which was established in 1945 and has over 10 million books. The library has been at its current location, which is only a little walk from our hotel, since 1988. It took Mark less than ten minutes to get over there. I know because he texted me ten minutes after he left the hotel, which meant he was already on the WiFi, since he wouldn’t have had internet between the hotel and library.

During one of the breaks from his meetings, they took a tour of the library, and Mark got to take a ton of library photos. One of my favorites is the one above, which contains several paperbound volumes of the Chinese Thousand Character Classic. This text is a poem that, “contains exactly one thousand characters, each used only once, arranged into 250 lines of four characters apiece and grouped into four line rhyming stanzas to make it easy to memorize.” The poem has been used since the 6th century to teach the Chinese characters to children. It’s a bit like our alphabet song.

While Mark was doing all of this, I was back at the hotel, working furiously to keep the blog up to date. It hasn’t been going so well for me so far. I keep falling asleep and getting behind, thanks to the 14 hour time difference. We’ve also been very busy this weekend. Since I don’t have too much to talk about to day, though, I thought I would bring up a couple of apps that Mark and I have been using here, which we are fiding very useful.

The first app, on the left in the photo above, is Subway Korea, which is a great way to get around on the underground trains here in Seoul. The subway here is very complicated, and goes all over the city, it can be a little challenging to decide how best to get from one place to another. We used this app yesterday to get to our hotel once we made it to Seoul on the KTX train that went across the country. It works offline, which is great for us, but still has the rough timetables of when the trains are supposed to arrive, based on their regular schedule. You simply choose your starting and stopping location, then the app will tell you how to navigate the subway to get between the two, and you can choose whether you want to take the fastest route, or the easiest route with the fewest stops and transfers. It even tells you which side of the train your exit door will be on. Pretty cool.

The app on the right is Naver Map, and is basically the local version of Google Maps, since that particular service does not work well here. Naver Maps works well enough, though of course we have to get the app in English, and the translation of the language and function of the app isn’t as good as it could be. I don’t think they have had an English version for very long. I wonder if they put it together to have it in time for the Olympics. I kind of suspect they did. In any event, it at least helps with walking directions, though we have to take screenshots, because it does not work offline very well. Still, it’s a good app to have since Google Maps will do nothing for you here.

Another likable app we’ve used some on this trip is the Google Translate app, which you can use to translate languages on the fly. We have been using it to translate Korean text into English, and it does work surprisingly well for some things. What you do it, you open the app and point the camera at the text you want to translate. At the top, you can select what language you are translating to and from. If you look at the receipt above, you can see on the left a version in the app with translations, and the original on the right, mostly in Korean. It can be a little spotty, but it has helped us find (or not find) food a couple of times, so we are happy to have it.

Mark’s meeting didn’t finish until 5:30 today, so it was a little late when we finally ventured out for the day. We needed dinner, a couple of groceries, something for dessert, and to move around a bit. He had been sitting in his meetings all day, and I’d been cooped up in the hotel room, so we were good and ready to look around.

For dinner, we ended up walking over to a restaurant that they recommended in the paperwork for his conference. It was the only restaurant listed with a vegan or vegetarian meal option. On the list, it said, “Grandpa Kitchen Farm” which turned out to be missing an “and,” though I’m not sure that makes the name any less weird sounding.

Dinner was a lettuce, tomato, and avocado sandwich with pesto. When we ordered it, he asked if we ate cheese, because the pesto on the sandwich contains cheese. So, it technically isn’t a vegan sandwich, which makes the recommendation a little funny. They really aren’t fan of vegans and vegetarians here. Mark’s conference has had a ton of macaron cookies out for the conference-goers to snack on, and I was joking with him that they wanted to make sure they were really sticking it to the vegans by even making the cookies out of egg whites.

The sandwich was fine, if a little plain. At least we could eat it and we didn’t have to worry that it had any hidden meat in it. My food standards get lower every time we try to eat something here. Pretty soon I’ll be happily snacking on a bag of lettuce and thanking my stars that we found it. At least we didn’t have to go wander around in the mall desperately looking for something for half an hour today.

After we ate, we stopped off at a small local grocery store, where we got some odds and ends to keep us from starving, then we stopped by what I suppose most be the competitor to the Paris Baguette, Paris Croissant, where we found an egg salad sandwich to be my lunch for tomorrow. We also grabbed two little fruit tart slices for our dessert, since dinner was a little scant. You should’ve seen the lettuce and egg they served Mark for lunch today at his conference. I don’t know how he hasn’t starved to death yet. He’s a big baby about being hungry.

On our walk back, we spotted a strange gas station, with pumps that hang from the station’s roof. I’m not sure exactly how that is supposed to work. I wish there’d been a car there when we walked past. Alas, my curiosity will have to be left unsatisfied for now. I wonder where they store the gasoline? Above the station somehow?

Tomorrow should be a little more interesting than today, since Mark will at least finish a little earlier, and we think we have a solid dinner plan. Only time will tell. I have a book I’d like to finish, so I doubt I will venture out until he gets back. It was so much easier to go wander around London by myself. I could talk to anyone, and read all of the signs. How could I get lost there? Here on the other hand… Yikes. My terrible sense of direction would just get me into trouble. Plus, only Mark has all of our cool apps. Alas.