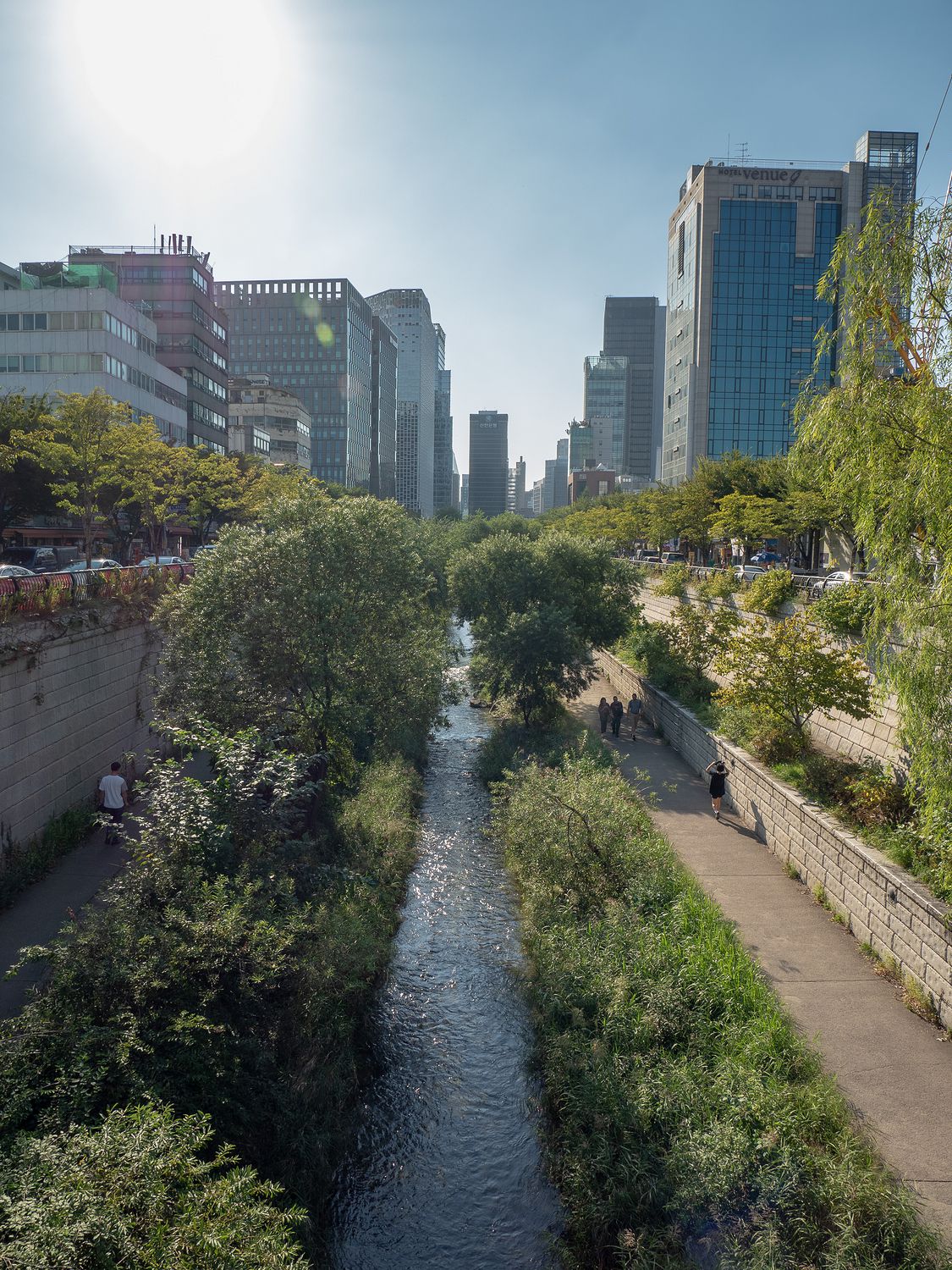 We ended up doing quite a bit more wandering around today, even though Mark had another full day of meetings today. He did end a bit earlier than yesterday, and I was totally ready to go when he finished, so we could head out as quickly as we could. I’m getting a little ahead of myself though, which I guess isn’t so bad. We will be back there pretty quickly.

After getting up at 6, we went down and did our run, then came back up, showered, and had breakfast. Once all of that was done, Mark headed on to his meetings for the day, and I set to work doing laundry. I don’t even know if those hotel has laundry facilities, but I suspect that you send out if you need laundry done here. I did laundry in the bathtub and sink, with soap that we brought along that is biodegradable for hiking. I washed our plane clothes and a couple of extra sets of running clothes, since we couldn’t bring enough of them for every day and still pack in only two bags. The closet here is tiny, so I ended up hanging a lot of the laundry on hangers on the shower rod and on a wall overhang in the room. It’s a little funny dodging around drying clothes trying to get around in here.

I had the egg salad sandwich we picked up last night for lunch today. I’ve got to be honest with you- given how everything else that you’d expect to be savory has turned out to be sweet here, I was terrified of the thing, and my first bite was a tentative nibble. It turns out, they make egg salad sandwiches the way the British do, for the most part: almost dry egg and mayo on plain, square white bread. It was fine. The only weird thing about it was a tiny line of very thinly sliced cucumber running in a single line through the middle of the sandwich. It wasn’t bad, it was just unexpected. Maybe they just misunderstood dill pickles? I can’t say.

Anyway, when Mark finished for the day, we hopped on the train to head north from our hotel into the older part of Seoul, north of the big Han River that runs through the city. That isn’t the Han River in the featured image at the top of the page. That’s actually Cheonggyecheon stream, which used to be a natural water course through the city, but was eventually destroyed by transportation routes both above and below ground. The city actually rebuilt the stream as a public recreation area, complete with a walking trail, in the very recent past. It’s an artificial, man-made version of a once very real stream. Interesting, right? Anyway, the Han River is massive, more like the Mississippi or the Thames. It splits Seoul in half.

We spent a bit of time after we finally disembarked the train wandering around, just seeing what we could see. Seoul is an interesting place. Parts of it are new and have wide, flat streets with modern shops along the sides and are packed with cars. and other areas are old, with tiny, narrow streets and buildings that look as though they’ve been standing in that place forever. It’s neat to turn a corner and see yet another tiny alleyway snaking back through even more tiny shops, tucked into nooks and crannies and hidden from street view. It’s also a pain to find things.

The city has a very storied history, including a great deal of conflict with Japan, and that history has shaped the city in a number of different ways. In one of the more recent conflicts, Korea was annexed by the Empire of Japan in 1910, and would be considered a part of Japan until 1945. The Japanese made a concerted effort to wipe out Korean culture and destroyed many historical landmarks. History could only be taught from authorized texts, which ignored the history of Korea, and it was forbidden to speak the Korean language. There’s a lot of reading you can do on this subject if you are interested, and its especially good to read about if you did not know much about it, as I did not.

In any event, after our wandering had made us hungry enough, we walked to our major destination for the evening: Sanchon. Sanchon is a restaurant that serves temple food. Temple food is the food consumed in Korean Buddhist temples, and it is meat-free and does not contain what they call the five pungent spices: onions, garlic, chives, green onions, and leeks. Practitioners believe that eating meat is not a compassionate act, though they allow the consumption of dairy. The five pungent spices are avoided because they might offer distraction during meditation.

The result is food that is all vegetarian, and at Sanchon, which is probably the most famous temple food restaurant in the city, all vegan. We had heard about Sanchon online, and being that it is one of the only restaurants in Seoul that is all vegan/vegetarian, we knew we had to give it a shot. It’s also a sort of experience for us, as we had not yet done any traditional Korean dining.

So, we arrived at Sanchon, which has both traditional Korean tables and regular Western-style tables, and we immediately elected to try the traditional seating. The meal, which had a set menu, was going to be more expensive than we typically do, about $26 per person, so we figured we may as well enjoy it the way it was meant to be eaten. Before entering the traditional dining area, we removed our shoes, as instructed, and washed our hands. The hostess then led us to our table, where we sat on cushions on each side of our low table.

We were given a wooden bowl, spoon, and chopsticks, as well as a small plate, for our utensils. We were served a small pot of tea to drink. The meal began with small, single portions of appetizers, including a kimchi-like cabbage dish, a bowl of a very mildly seasoned winter squash, and several bite-sized portions of other things I can’t even begin to identify. To the side, we were served a lightly fermented fruit juice in a tiny bottle, with cups that held about a tablespoon of liquid. The flavor reminded me of kombucha, though it definitely had its own unique flavor to it.

When this first set of appetizers were whisked away, we were served a second course of similar appetizers. The second course was mostly different types of mushrooms: a thin white mushroom and cabbage salad, some teriyaki-like mushrooms on sticks, and others I didn’t recognize. I just tried everything and hoped for the best. Nothing tasted like seaweed, so I was generally in the clear, aside from a few strange texture issues. This second course also included a pancake, which was basically a giant cabbage leaf, fried. It wasn’t bad at all.

The main course, which you can see in the photo above, consisted of a bowl of rice and a bowl of soup, plus more than a dozen small bowls, each filled with a different type of vegetable. We had everything from completely raw peppers to tofu. All of the items in the basket in the center of the photo are based on leafy, brassy greens. Each item is seasoned in a slightly different style. Many of the other items are mushroom-based, as was the soup. Actually, the funniest thing about the soup, which you can see in the upper left hand corner, was the warm cucumbers. We almost never serve cucumbers warm in the US, and I don’t think I’ve had them warm anywhere else, at least that I can recall. They taste fine that way, it’s just one of those little oddities you notice.

The last course was a small dessert, which consisted of different sweet potato chips and a tiny fruit drink, though I am unsure as to its ingredients. It had a very interesting flavor: sightly sweet with a strange, spicy flavor I couldn’t identify. I’m usually pretty good at identifying ingredients in things we get at home, like Indian food, Mediterranean food, or American food, but some of these things leave me baffled. I’m still not entirely sure what half the thing I ate for dinner really even were. At least I knew they were vegan.

After dinner, Mark and I headed back out onto the street to look around a little more. We spotted a portion of the Berlin Wall hanging out on a street corner. I’ve never really thought too much about it, but I guess those things are everywhere. Apparently even Dallas has two sections in a Hilton somewhere. You can look at the whole list here, if you’ve suddenly found this interesting, like I did.

Our next plan for the evening was to go out and see a light and water show on the one of the bridges over the Han River. Unfortunately, we hadn’t been smart enough to look it up beforehand, so all that we remembered was it was one of the bridges near the National Cemetery. We took the subway over into that area and got off, then wandered up to the surface to see if we could figure out which bridge, now that it was dark.

Unluckily for us, we could not immediately find the bridge, and it was getting a little late for wandering around, wishing we had looked up what bridge we had intended to visit. We will get it one of the other nights this week, I guess. We eventually gave up and decided to walk the rest of the way back to our hotel instead of getting back on the train, since it was only about a 30 minute walk.

On the way, we stopped at a cookie shop we spotted last night when we were out at Grandpa Kitchen & Farm called Ben’s Cookies. Cookies are expensive at Ben’s Cookies. I could make a killing selling real, American-style cookies over here. We ended up with a peanut butter cookie and a double chocolate cookie. They didn’t seem to have any vanilla in the cookies, which is most definitely a fatal flaw for almost any type of cookie. They were just fine, but certainly not great.

After our cookie, we walked back into our grocery store to top up our breakfast supplies and buy me some new peppermint tea. Apparently when we bought a box of ten sachets the other day, we were underestimating our tea consumption levels here. It is hard to find anything else to drink, and without iced tea (or, for some reason, the ability to find the wonderful Hibiscus tea I was having in the Sokcho area), we have had to have more hot drinks. At least our room has an electric kettle.

Tomorrow we have a number of things we are planning to see that are way more touristy here in Seoul. I’m looking forward to seeing a palace and maybe a museum or two. Hopefully it will be a lot of fun. Either way, I’m gearing up for a lot more walking. I think I’m wearing out my walking shoes here. Good thing they are last year’s, and it is time for a new pair.